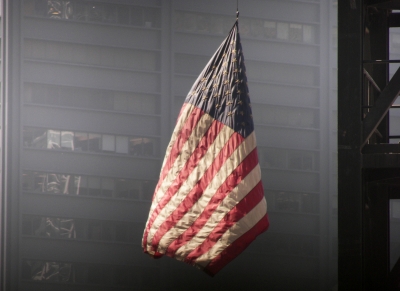 retaliation will not bring lasting safety and peace!

After the attacks on the World Trade Center and the Pentagon, millions of people throughout the world are feeling deep pain and grief. They feel outraged, scared, powerless—and very vulnerable. Many have a deep need to feel safe again. They long for a world where they can live in peace. Others have a deep desire to get even. They long for revenge and retribution.

Currently, the United States has decided that it must take action, and other countries have decided to join them.

This presents a real problem: If our leaders base their actions on retaliation and punishment, I believe they cannot achieve the goal of lasting world safety and peace.

Why do I say this?

For the last 35 years, my associates and I have worked throughout the world to help resolve conflicts between warring gangs, ethnic groups, tribes and countries.

I, and others in my organization, have worked with people from the warring factions in Rwanda, Burundi, Sierra Leone, Nigeria, South Africa, Serbia, Croatia, Israel and Palestine. Our experience has taught us that real safety and peace can be achieved, despite enormous odds, only when people are able to see the “humanity” of those who attack them. This requires something far more difficult than turning the other cheek; it requires empathizing with the fears, hurt, rage and unmet human needs that are behind the attacks.

Our work is designed to help people learn to empathize with one another’s needs and concerns, and begin to see that the “other side” is simply a group of humans trying to protect themselves and meet their needs. We have seen hatred and desire for punishment transformed into hope—when people received empathy from those who had killed their families. We have seen those who committed the violence sincerely mourn—when they received empathy from those who had been violated by their actions. We have seen people on both sides lose the desire to punish each other—and then work together to ensure that everyone’s needs are met. We have seen former enemies create programs together to make up for the harm they created and ensure the safety of future generations.

The United States government has declared its intent to make the world safe from violent acts—such as those in New York and Washington—and from those who perpetrate them. Other nations have joined them.

If the goal of the nations forming this coalition becomes retaliation and punishment, each action they take will be determined by the answer to this question: “Will this action take us closer to punishing those responsible for the pain we have suffered?”

To create short-term safety, we will need to protect ourselves from further threat. This may include actions taken in, what I call, the “protective use of force.” We may need to capture and imprison the perpetrators so that they cannot attack us again. And we may even have to kill some of them if we can’t otherwise restrain them.

But, for the long-term, we also need to begin creating lasting safety and peace in the world. Our leaders need to establish relationships that will give rise to true and permanent cooperation between nations. They need to start now to change the circumstances that give rise to violent behavior. The wealthy countries of the world need to work together to create a world where all people have access to basic life-serving resources and protection for their human rights—where all people are safe and free, and have the opportunity to create a satisfying life.

If there is an answer to the enormous problem before us, it is to seek solutions that will meet the needs of all concerned. This is not utopian idealism. I have seen such solutions created—over and over again—around the world.